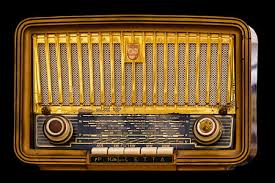 In my last year at University I became a born again Toronto Maple Leafs fan.  That year, I watched or listened to every game.  This was no mean feat as I didn’t have cable TV and there wasn’t widespread adoption of the internet.  The games weren’t broadcast in HD either, but that’s a rant for another day.

If you read the second sentence, you will  have already picked out that I listened to many games that year.  Whenever a game was on and it wasn’t broadcast on a station I could get with the rabbit ears, I turned on the radio and listened to the play-by-play calls.  It wasn’t watching, but it was still pretty good.  It had a different kind of feel to it.

I wasn’t going to be home this evening so I set the PVR to record the game.  However, I managed to catch most of it at my Mom’s place and decided to listen to the last period as I drove home.  In fact, I was listening to the game when I drove past the arena (Scotia Bank Arena) where the game I was listening to and half of the games in this Covid 19 confused playoffs are being played.

Although the result was not what I hoped for, it was still nice to listen to the very excited announcer on the radio.  I wasn’t quite transported back to that last year of University (the names are all different now), but I was taken to someplace nice.

I am: equal parts rebel, romantic and shockingly average Joe. a writer trapped inside of an ESL teacher's body. an introverted attention seeker. a teacher who hopes one day to be called "Captain, my Captain." an intellectual who can do some very dumb things. a person whose Japan experience, despite being so long ago, still exerts a strong influence upon him. a lover of books, music, beer, hockey and Pizza.
View all posts by Anthony →
This entry was posted in driving, listening, Maple Leafs, perfect moment, Toronto and tagged ACC, announcer, driving, Gardiner expressway, listening, Maple Leafs, play-by-play, radio, Scotiabank, Toronto. Bookmark the permalink.