Another Day in Medellin 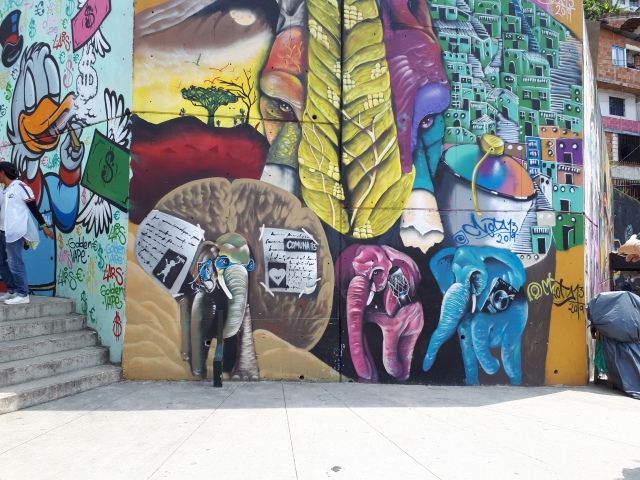 In the previous post, I  forgot to relate the conversation I had with Deb, a retired schoolteacher from Aylmer Ontario.   I thought traveling was a retirement thing for her, but in fact she’s been an adventurous person all her life.

She told me that she traveled overland from Europe to the Middle East on something called the magic bus.  She was in Iran just before the revolution.

Her stories of this would make a great story.   I encouraged her to do something with the narrative—a book, or blog, or oral history.  I hope she does.  Typing this is my way of encouraging her more.

The next day in Medellin we spent our morning on the Metro, which is an elevated public transportation system in Medellin.  It also included a cable car ride over a couple of mountains.  Hopefully you have already seen the Instagram pictures (lower left side of this blog). 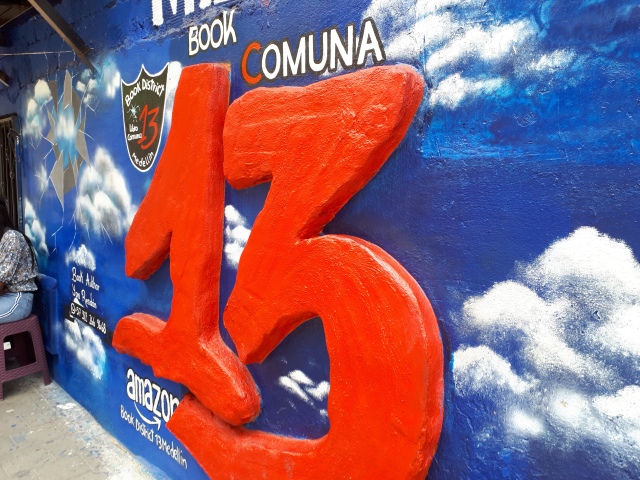 We then took a tour of comuna13,  which was a once violent neighborhood plagued with guerrillas,  paramilitary groups,  then drug gangs.  It has been transformed into a graffiti mural paradise, and maybe the only neighborhood with 6 escalators.

Honestly, the place was interesting,  but the tour itself was a complete bust.  It had emotional moments  but the cost was too high and there was no need. 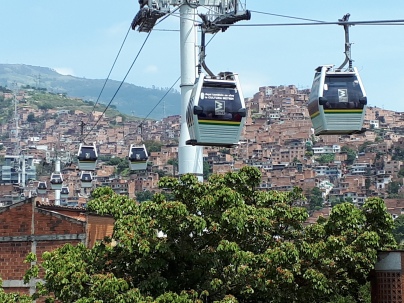 For dinner, I left the group and went out with a student named Diego.   I was very happy because he had been using his English at work.  He was very enthusiastic and took me to a place with very exciting nightlife.   We ate, drank, translated some typical Colombian music, and reminisced about life in Canada. 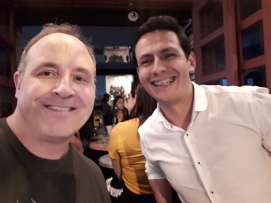 I am: equal parts rebel, romantic and shockingly average Joe. a writer trapped inside of an ESL teacher's body. an introverted attention seeker. a teacher who hopes one day to be called "Captain, my Captain." an intellectual who can do some very dumb things. a person whose Japan experience, despite being so long ago, still exerts a strong influence upon him. a lover of books, music, beer, hockey and Pizza.
View all posts by Anthony →
This entry was posted in Colombia, G Adventures, perfect moment, travel, travel writing and tagged Boring tour, Colombia, G Adventures, illness, travel. Bookmark the permalink.

5 Responses to Another Day in Medellin