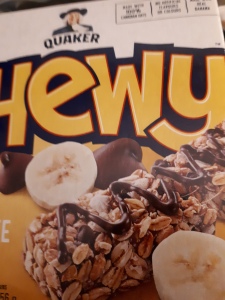 There are two lessons about winter vacations that I have not learned yet. That sounds horrible, but hopefully by writing them down, I will finally learn them.  Both of them involve finding stuff.  There is also a lesson I learned about travelling on a budget airline which I am late to the game to.

Everybody in Canada is trying to escape the winter and they need all the same stuff that I do.  How else can you explain finding your favourite sunscreen sold out in numerous stores?

Okay, this is not true because some of us, myself included, love winter. I would like to take an extended ski vacation in Banff, but it isn’t going to happen this year.  However, it still doesn’t resolve that fact that what I was looking for was nowhere to be seen.  I had to choose a different brand and I hope it works as well.

Oddly enough, every store I visited over the past couple of weeks has lots of small toiletries for sale at inflated prices. I guess nobody else has heard of the dollar store.

Some stuff you need just isn’t for sale at this time of year. I experienced this phenomenon when I took my trip to Vietnam.  Looking for sandals was a difficult adventure.  Luckily I got them and I have been taking them on vacations ever since.  They will be going on this trip along with my hiking boots.

Budget airlines don’t feed you for free.  I remember the days of flying to Japan and getting several meals, maybe even a snack, and a number of drinks.  I fondly remember a flight attendant who when she took my request for Canadian Whisky (Rye) slapped down several bottles, some mix, and then asked me to be my own bartender.  I fondly remember getting ice cream on an SAS flight.

On my last trip, the people beside me snickered when I bought the glamorous looking overpriced meal from the onboard menu.  They laughed even harder when it appeared and bore only a passing resemblance to the photo.  They brought their own snacks and they had bought from a Costco–not sure why a mega sized bag of M&Ms would make me so jealous, but they did.

What lessons have travel taught you? Please share them with me because I need to learn–and when a teacher says this, you should listen.

I am: equal parts rebel, romantic and shockingly average Joe. a writer trapped inside of an ESL teacher's body. an introverted attention seeker. a teacher who hopes one day to be called "Captain, my Captain." an intellectual who can do some very dumb things. a person whose Japan experience, despite being so long ago, still exerts a strong influence upon him. a lover of books, music, beer, hockey and Pizza.
View all posts by Anthony →
This entry was posted in Canadian, Colombia, G Adventures, hiking, lessons, perfect moment, preparation, sun, travel, travel tips, travel writing, vacation, winter and tagged blogging, Colombia, food, preparation, sandals, shopping, snacks, sunscreen, travel, travel blogging, travel writing, winter vacation. Bookmark the permalink.

3 Responses to Lessons for Travelling