Reflections on the Trip 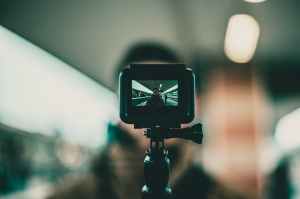 Photo by Francesco Paggiaro on Pexels.com

Now that I have been home for a couple of days, I want to take a moment to sum up and review my trip.

The country is beautiful. From the beaches to the mountains, the colour are spectacular.  The abundance and respect for wildlife is awesome.  I also note that the environmental initiatives they are taking area great.  It was there that I got to see first-hand what global warming is causing and how subtle changes to an environment can cause big changes to an ecosystem.

Tourism has brought employment and money to the place, but it has also driven up inflation. Some things are a bargain (beer and coffee for example) compared to where I live, but some things struck me as rather expensive.  You can’t have it both ways, I realize, but one can dream.

The people were friendly and positive in that Caribbean way I see portrayed on TV.  That was quite wonderful to see.  As my part of Canada was particularly snowbound, I can only imagine the grumpy people I missed out on interacting with.

Well, I wanted adventure and that is what I got. I did quite a few exciting things on my holiday that I never would have done before.  I went on a zipline and did a Tarzan swing from an 8 metre high platform, I went canyoning and jumped off an 11 metre platform into a waterfall, rafted down a river and went surfing.  I also got to see a fire show, learn to dance (no pictures or video exist of this I swear), sit in a hot spring by candle light, drink alcohol made from sugar cane, watch the end of the Superbowl, dink beer flavoured with banana and other fruit, ride an ATV, and swim in the ocean and several rivers.  I saw two kinds of sloths, several birds, tarantulas, a variety of creepy crawlies, and several loveable dogs.  I was entertained by folk singers, dancers (fire and regular), trapeze artists, and boisterous cooks and waiters.  I stayed away from television and most computer related wastes of time–I did post a few blogs and update my Instagram and Facebook pages.

I chose the trip never having done a G adventure before. On my trip, one of the people had done ten of them.  I don’t suspect this will be my last.  My guide was excellent.  He worked quite hard, even when the situation didn’t require it of him.  He moved luggage for people (not even from our group) and was always willing to help.

The group was excellent.  I liked all the people and we seemed to get on very well together.  I probably didn’t make a friend like Craig (Who I met on my first Exodus trip), but they were good people nonetheless.  There were no big dramas and no prima donnas.

If I were to pick one negative from my trip (versus my experiences with Exodus travels) is that the hotels were pretty shabby. I am sure there are nice hotels in the country, but I didn’t see them.  My stay at the Eco Arenal was nice, and the Rio Tropics rafting lodge was nice, but others were pretty bad.  I paid extra to have my own room, but I am sure the double rooms were better than mine.  One of the other travellers said that the price we paid was quite low and since the guide was with us the whole time, I had nothing to complain about.  That may be true, but my opinion still stands.

The food we ate was good and there was enough variety to make it interesting. The coffee was excellent and I am glad I brought several bags back home with me.

Though I consider myself a seasoned traveller, it never hurts to reflect back on the lessons learned. You can always pack better or lighter or smarter.

Things I would bring with me next time include:

An active holiday is going to require a bit more fitness and flexibility. I was pushed to my limit in arm strength on several of these acivities.  My legs, from cycling and rowing machines, are good but my arms struggled on some occasions.  I had to pull myself up on the zipline, and I had to use a rope to get up after the 11 metre jump.  Both times, I could have been stronger.  As for flexible, that just aids a person in so many ways.

I also should work on my balance. There were a lot of hiking moments when I did not feel so sure on my feet.  I could have struggled less if I felt more sure of my balance.  I think some yoga is called for.

I also should have done more research. Despite all my talk of being the modern traveller and using my smart phone, I didn’t do enough research about the currency before I left.  I eventually figured it out, but I should have been more prepared.

I haven’t decided, but I am going to start researching trips to Peru, Chile, Sri Lanka, and Laos for the end of the year.  Maybe knowing the price, I can set better monetary goals this year.

Of course, I would love to hear a recommendation or two.

7 Responses to Reflections on the Trip