Try and Figure the Universe Out 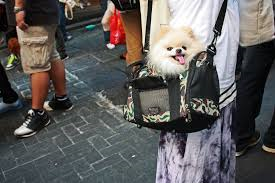 I am struggling to write this post. I have the idea, but everything I type out seems dry, or at the very least, at tad bit too academic.  Maybe I need to use a sensational tweet like a certain political figure we all know.

Rather than do that, I should just begin again.  I have a little mystery for you.  Don’t give up on this post.  By the time you get to the end, it will all make sense….probably.

I seem to attract the unusual. Or maybe, I am just more aware of it than other people.  I look at the scenes around me, less often with a critical eye and more often with a narrative eye.

So, the other day, some actor was making a comment about somebody and wanted to explain that they were weak…or some kind of negative comment. He called him a “purse puppy.”  I suppose this is a step up from all the gay jokes that characters would have made in the past.  Not a huge step up, but at least it was something new.  I am not sure it will catch on, though.

After hearing that, my mother who had also seen the comment was wondering what it meant. I assumed it was a reference to those small dogs that Paris Hilton carried around in her purse and explained it as such.  These dogs, or carrying dogs in one’s purse, might have gained popularity back then and become a thing.  My memory on this is a little hazy.  I barely remember Paris Hilton.

At supermarkets in Canada, (and I assume the world, but don’t know for sure) we can either shop using carts or small carry baskets (sometimes on wheels, but I hate those).  When I was a child I loved riding in the cart and being pushed around.  These days, we often have to deposit a quarter or loonie (one dollar coin)  to use the cart.  I guess lots of people were taking them and abandoning them some distance from the stores–usually around bus stops or small creeks.  People don’t seem to steel the little baskets though.

So, I’ve rambled on quite a bit. Have you guessed Today’s Perfect Moment yet?  Let me put it all together for you.

Today, I witnessed a couple carrying their small dog in a shopping basket through the subway. This dog was too proud to be in a purse, but not too proud to be carried like Rene Angelou at his wedding or King Tut at his coronation.

I have to admit, I found the whole thing cute….and a bit unnerving how the universe seems to work in harmony.

I am: equal parts rebel, romantic and shockingly average Joe. a writer trapped inside of an ESL teacher's body. an introverted attention seeker. a teacher who hopes one day to be called "Captain, my Captain." an intellectual who can do some very dumb things. a person whose Japan experience, despite being so long ago, still exerts a strong influence upon him. a lover of books, music, beer, hockey and Pizza.
View all posts by Anthony →
This entry was posted in Aspirations, Reflections, Perfection, characters, coincidence, dogs, public transportation, shopping, subway, TTC and tagged bizarre, coincidence, coronation, deposit, dogs, Donald Trump, fads, Paris Hilton, purse, Rene Angelou, sensational, shopping basket, shopping cart, trends, tweets, wedding. Bookmark the permalink.

5 Responses to Try and Figure the Universe Out