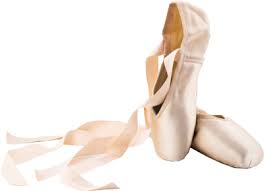 Just to be clear, this isn’t going to be a philosophical debate about reality and unreality or how much more real films are than real life itself. If you want to go down that road, there are people more qualified than I to guide you.

The root of this is a scene I witnessed on the bus the other day. The bus was rather empty and perhaps I alone was witness to the unfolding events.  There was a cinematic quality to it that made me feel as if I were watching a movie.  I will do my best to describe it.

The sun streaked in through the dirty bus windows casting a pale glow on the blue and grey institutional colours of the bus line. The engine growl was mostly tamed to a dull vibration and the only the bigger potholes registered in the spines of the passengers.

A young woman boarded the bus at the stop and took a seat on the right, accepting more of the glare and more of the heat than others. She was bundled up in a hat and long coat, perhaps finding the weather colder than most.  She carried several half full loose bags, as if she needed to subdivide her possessions, as if the bags were more important than what they contained.

Unlike the normal lemming throngs who ride the bus, she neither checked her phone, nor seemed plugged into a music player. Instead, she took out a pair of ballet slippers and began to sew.  I am not talking about the current fashion trend in ladies footwear, but actual ballet slippers with the toughened toe and long ankle straps.  Neither the bumps or the  swaying of the traffic seemed to have any effect on her concentration.

I felt as though I were part of a French existentialist film. The subtle incongruity of everything just somehow seemed to blend together.  Why this ballerina was riding the bus and where her destination was could only elude me.  Now, several days later, the image still resonates quite strongly.  I play it back in my mind, searching for some suitable soundtrack to add to it.

I am: equal parts rebel, romantic and shockingly average Joe. a writer trapped inside of an ESL teacher's body. an introverted attention seeker. a teacher who hopes one day to be called "Captain, my Captain." an intellectual who can do some very dumb things. a person whose Japan experience, despite being so long ago, still exerts a strong influence upon him. a lover of books, music, beer, hockey and Pizza.
View all posts by Anthony →
This entry was posted in Aspirations, Perfection, Reflections and tagged ballet, bus, commute, existentialism, films, French, incongruity, movies, resonating, sewing, shoes, slippers. Bookmark the permalink.

5 Responses to The Ballerina